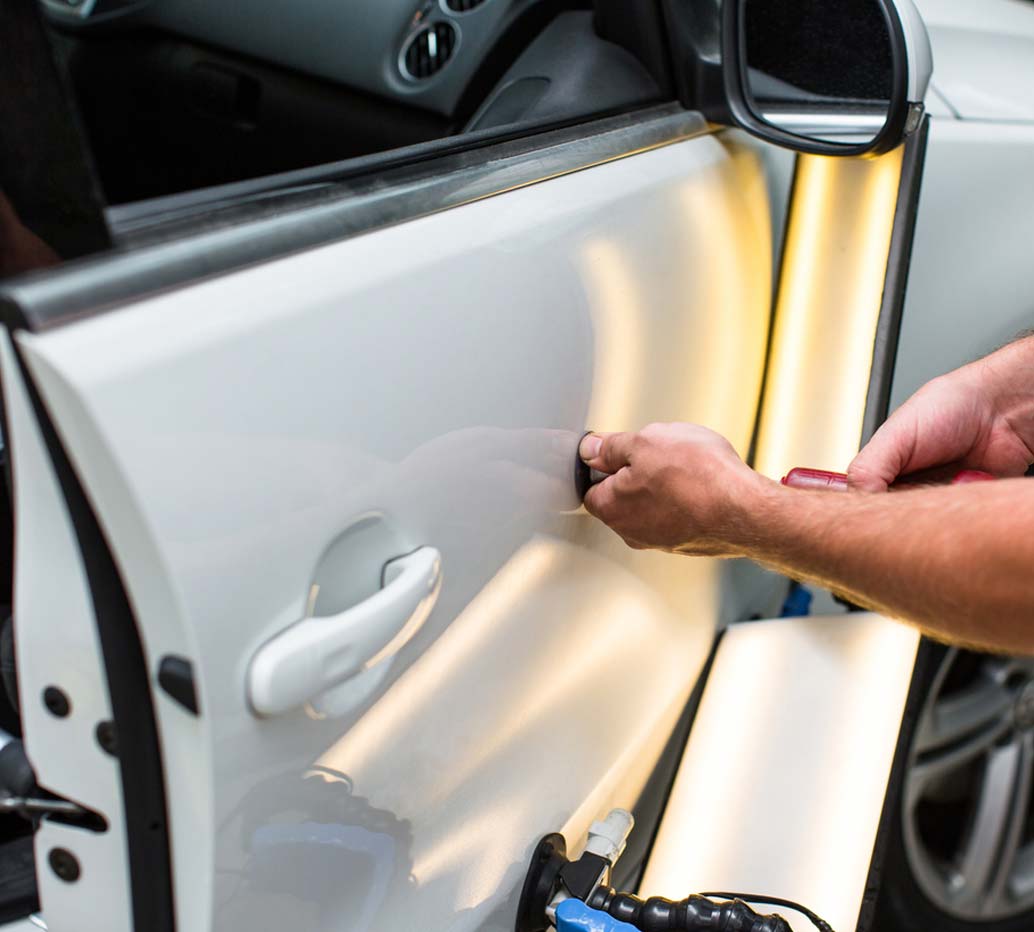 No matter how safe a driver you are and how well you take care of your vehicle, small dents are going to happen eventually. Even though it’s usually no fault of your own, you’re the one who has to decide if it’s worth fixing the imperfection.  Thanks to the effective, low-cost option of paintless dent repair, fixing those little dents isn’t a big deal. The expert car repair technicians in New York City at eAutoCollision.com specialize in taking care of all your auto needs with the least amount of time and effort. Paintless dent repair is just one of many services you can trust to these professionals. Call today!

What Is Paintless Dent Repair?

Paintless dent repair refers to fixing dents from behind the damaged area. The method involves pushing the dented metal back into its original shape. It’s not a process that you can do yourself, but the benefits outweigh the cost. Leave dent repair to the experts at eAutoCollision.com to get benefits that include:

As long as the paint hasn’t been chipped in the dent, the OEM-certified technicians at eAutoCollision rely on paintless dent repair techniques to get your vehicle looking as good as new. Serving Manhattan, Brooklyn, Queens, the Bronx and Staten Island, eAutoCollision is the highest-rated repair shop in New York City.

How Does Paintless Dent Repair Work?

Your eAutoCollision technician must first get behind the dent. He may have to remove some interior panels or trim pieces to gain access. Once behind the damaged area, the process goes pretty fast. It includes a series of steps:

Is Dent Repair Necessary for My Car?

If you’re not emotionally attached to your vehicle, you may feel the urge to leave a repairable dent as it is. After all, you’re just going to sell it someday. But this attitude doesn’t make economic sense, as paintless dent repair is much less inexpensive than you think.

Remember that car dealerships drastically reduce your trade-in value for any small dents. Even prospective buyers may wonder what else about your car hasn’t been maintained. Auto dent repair is always a good investment.

In addition to lowering the value of your car or truck — whether it’s a personal car or a fleet vehicle — there are other issues that may arise from leaving a dent unrepaired, such as:

What if My Car’s Paint Is Scratched Too?

Your eAutoCollision technicians can only use paintless dent repair if your car’s paint wasn’t damaged. If any car scratch repair work is necessary, you need a different solution that involves expert color matching from the techs at your New York City auto body repair specialists.

Once upon a time, touching up a scratch to your car’s paint was considered a do-it-yourself job. With today’s modern paints and clear coat finishes, you need to have this task professionally done if you want quality results. Car scratch repair begins with a professional diagnosis since different types of scratches require different repair techniques. Severe scratches may require:

The technicians at eAutoCollision have the tools and experience to evaluate your scratches and dents as quickly and cheaply as possible. Paintless dent repair is often the least expensive option. Unrepaired damage to your car’s body can result in significant repairs and expenses later on, which is why you need a shop that’s been trusted by New Yorkers since 1999.

With zero percent financing available, there’s no reason not to fix minor dents and scratches on your foreign or domestic vehicle. Contact eAutoCollision before a minor dent turns into a major restoration job.